There was much effort put in by the women’s team of Australia as they played against US in Rugby Sevens World Cup; the team managed to win bronze at the end. Ellia Greens was found diving for trying a score and she was one of the several members who helped Australia win the bronze medal at the end. 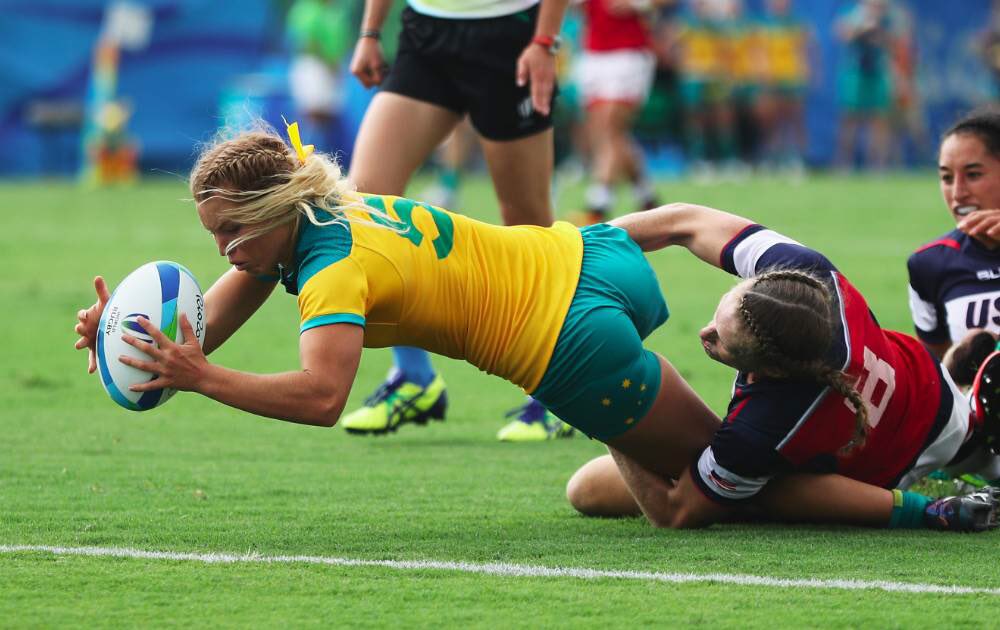 The women’s team was able to win the bronze medal in the tournament overall as they gained a win of 24-14 over the team of US.

Having gained a medal was certainly some comfort for the team, though they had higher standards set for themselves, being the Olympic champions. But they faced a tough challenge by France this time in the semi finals. Among the players who put in their tries for a score was Ellia Green who put in two tries while Charlotte Caslick put in the remaining; as a result, they were able to gain third place in the final game that was held in San Francisco’s AT&T Park.

Supersub Green was able to put off the tournament hosts after the score remained locked at 7-7 which was the condition when half time came around. Caslick then set up a cross kick which helped Cassandra Staples. Evania Pelite on a solo try attempt was able to score 80 m shot; this ended the tournament as a result. In the game against France, Australia was unable to hold onto their lead of 12 points beyond the half time and as a result the country lost the battle.

The coach of the women’s team praised the way France played and said that there were learnings to gain from the game and how they play. The French came down hard and that was good learning for Australia.