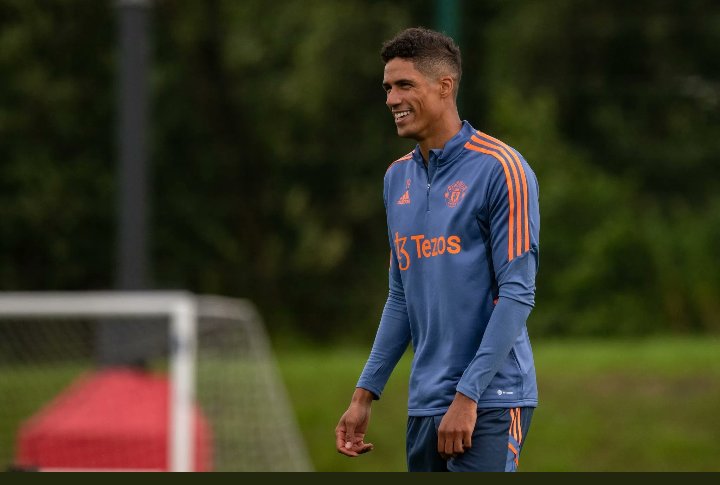 Varane and Manchester United touched down in Thailand on Saturday for the start of their preseason tour of Asia and Australia. New manager Erik Ten Hag and his players have been training at the STB Academy. It has been their training ground since they landed in Thailand at the weekend. They had a training session at the Rajamangala Stadium in Bangkok on Monday as part of preparations for the blockbuster clash with Liverpool later this week.

Ten Hag and his Manchester United players had an open session on Monday at the Rajamangala Stadium, the venue of their preseason friendly encounter with Liverpool.

Varane is not the only defender doubtful for the Liverpool game. Club skipper Harry Maguire is also a big doubt for the game after the England international trained separately from his teammates due to injury. The Englishman has been training with a fitness coach individually. Maguire might not face Liverpool later this week, but he’s still the club skipper after it was confirmed by his manager. In his pre-match press conference ahead of the friendly clash with the Reds, Ten Hag told reporters that ex-Leicester City player Maguire will retain his place as the Manchester United captain.